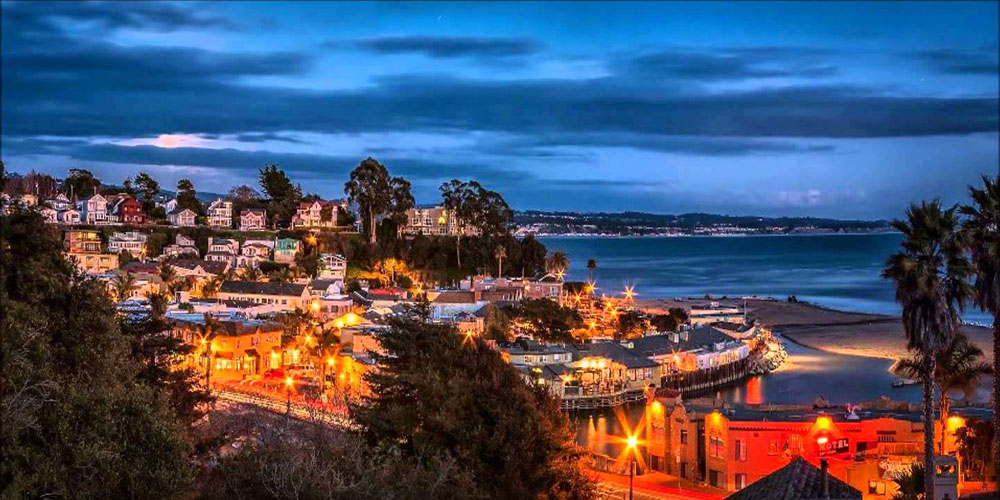 The original settlement now known as Capitola grew out of what was then called Soquel Landing. Soquel Landing got its name from a wharf located at the mouth of Soquel Creek. This wharf, which dates back to the 1850s, served as an outlet for the produce and lumber grown in the interior. In 1865, Captain John Pope Davenport, a whaleman at Monterey, moved his operations to be near the wharf. Unable to capture any whales, he moved his operations the following year to Point Año Nuevo.[4][5]

In 1869, Frederick A. Hihn, who owned the property in the vicinity of the wharf, decided to develop it as a seaside resort. At first he leased the area to Samuel A. Hall and the area became known as Camp Capitola. Most authorities believe that it was Hihn who chose the name of Capitola, but they are unsure as to why he did so. Several possibilities have been asserted, one being that it was named for the heroine of The Hidden Hand, a novel by the popular author E.D.E.N. Southworth, favored by Hall's daughter Lulu. Capitola is known as the oldest beach resort on the West Coast.[6]

Capitola is a popular tourist town because of its trendy shops and restaurants on the shore directly connecting to a fishing wharf and its large, sandy beach.

Select a school to view the school's parent reviews, programs and more. Showing up to five closest schools for each grade level.